Some reflection in front of my fridge:
Those are the last two pack” of milk in my house, one forgotten by someone in my grocery, the other one buy for replape it , at last or least  ....( the all story has nothing to do with the brand u see it ).
I always loved milk and always will drink but hear lot of good and bad story ,and so n I research a bit .Few thighs came out, maybe better drink few beer ............ but I guess on the end is all about balance : 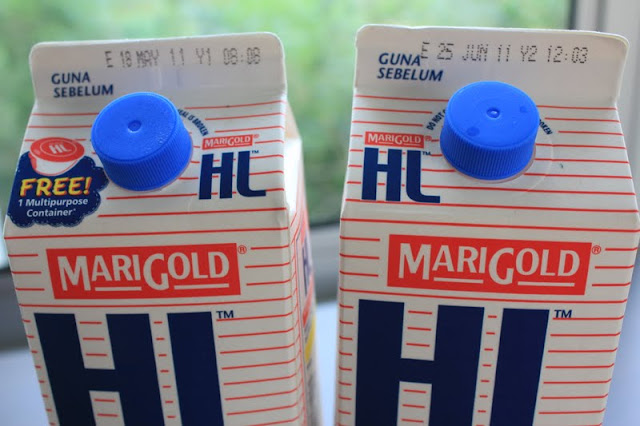 While that pus-filled glass of milk actually depletes your bone mass, a new study shows that beer just might be the key to keeping your bones from going brittle. It is thought that the high level of silicon in beer slows down the thinning that leads to fractures and boosts the formation of new bone.

According to Harvard scientist Ganmaa Davaasambuu, cow’s milk “contains considerable amounts of female sex hormones”—especially milk from factory-farmed cows who are kept almost constantly pregnant. She estimates that dairy products account for 60 to 80 percent of the estrogens consumed by the average person.
But wait—there’s more! Factory-farmed cows are commonly fed bovine growth hormone in order to stimulate their bodies to produce more milk. Hormone-treated cow’s milk contains high levels of Insulin Growth Factor (IGF-1), which studies show can cause the dreaded gynecomastia (moobs). Milk consumption, with all its accompanying hormones, has also been linked to prostate cancer and breast cancer. So, boys, if you’re worried about maintaining your manly physique, pour some soy (or rice or almond) milk on your cereal—and pour the moob juice down the drain.

It turns out that the relationship between the proteins in dairy products and the calcium in bones is a rocky one. First of all, calcium appears to be ultimately pulled from bones to escort digested animal protein from any source -- not just dairy products -- on its trek through the body. Since the average American's diet is protein-heavy to begin with, some experts say that eating lots of dairy foods may actually cause people to lose calcium. "When you eat a protein food, such as milk, you may be swallowing calcium, but you turn around and excrete calcium in your urine," says Donna Herlock, MD, spokeswoman for the Physicians Committee for Responsible Medicine, a nonprofit advocacy group opposed to milk consumption.


To buttress her point, Herlock points to a portion of the Harvard Nurses' Health study published in the June 1997 issue of the American Journal of Public Health. The study found that women who ate lots of dairy products had higher rates of bone fractures than women who rarely touched the stuff. It suggested that drinking more milk didn't provide any substantial protection against hip or forearm fractures in middle-aged and older women, writes Diane Feskanich, ScD, a professor at Harvard Medical School in Cambridge, Mass., and the study's lead author. "We considered the possibility that dairy protein was responsible for the increase in risk of hip fractures," she says.
Also, a recent article in USA Today reveals why so many dairy-lovin’ adults spend too much time in the loo (toilet), cutting the cheese. According to the article, titled “Sixty Percent of Adults Can’t Digest Milk,”People who are lactose intolerant can’t digest the main sugar—lactose—found in milk. In normal humans, the enzyme that does so—lactase—stops being produced when the person is between two and five years old. The undigested sugars end up in the colon, where they begin to ferment, producing gas that can cause cramping, bloating, nausea, flatulence and diarrhea.”
In other words, Gouda is no good for you and Swiss is a digestive miss. The article continues,”Being able to digest milk is so strange that scientists say we shouldn’t really call lactose intolerance a disease, because that presumes it’s abnormal. Instead, they call it lactase persistence, indicating what’s really weird is the ability to continue to drink milk.” 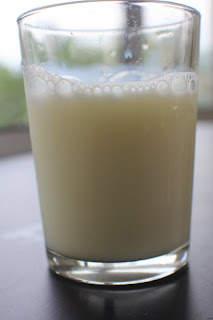 Well I hope like the two pack of ,milk story will not be the end of enjoy that .... 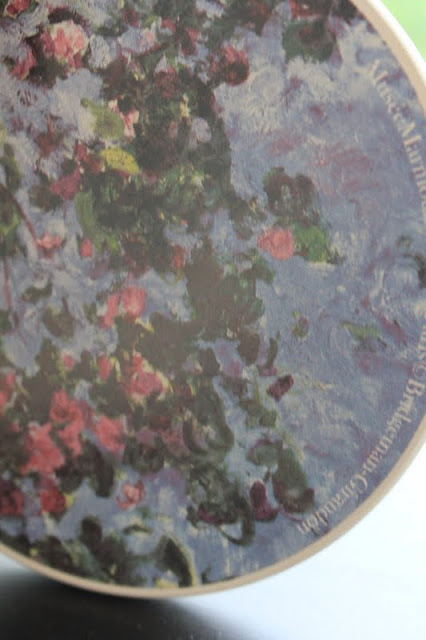