Here some of the  rules,  of a fondue ..
Fondue is a Swiss  and  French  dish of melted cheese served in a communal pot call Caquelon  over Lamp ,rechaud, and eaten by dipping long-stemmed forks with bread into the cheese. It was promoted as a Swiss national dish by the Swiss Cheese Union in the 1930s .
Dude ....r is cheeeeeeeeeeeeeseeeeeeeeeeeeeeeeeeeee super melted Cheese
fondue consists of a blend of cheeses, wine and seasoning. To prepare the caquelon it is first rubbed with a cut  garlic  clove. White wine   cheese, and often Kirsh  are added and stirred until melted. A small amount of  corn starch  other starch is added to prevent separation. The mixture is stirred continuously as it heats in the caquelond ....Hungry please ........
A cheese fondue mixture should be held at a temperature warm enough to keep the fondue smooth and liquid but not so hot as to allow any burning. If this temperature is held until the fondue is finished there will be a thin crust of toasted (not burnt) cheese at the bottom of the caquelon. This is called la religieuse (French for the nun). It has the texture of a thin cracker  and is almost always lifted out and eaten.
But ;;;; u should know also ..................
Since the 1950s, the name "fondue" has been generalized to other dishes where a food is dipped into a communal pot of hot liquid: chocolate fondue, where pieces of fruit are dipped into a melted chocolate mixture, and fondue bourguignonne, where pieces of meat are cooked in hot oil
Well, and also ... for a good Fondue u need to be i the cold place , Swiss here,... preferred to be minus 18 degree......... with the Boys just down from Lyon ..... 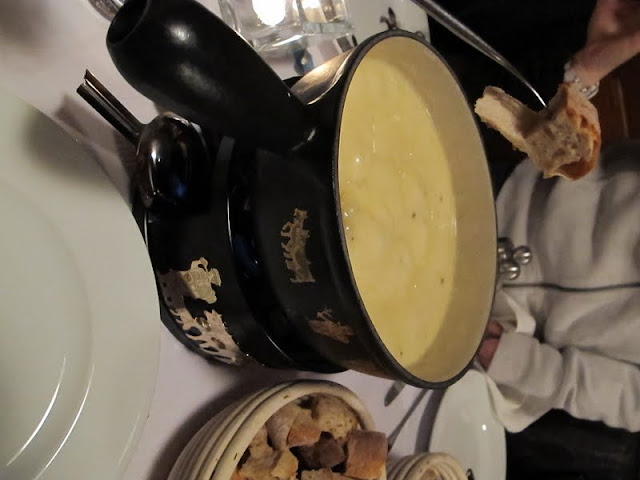 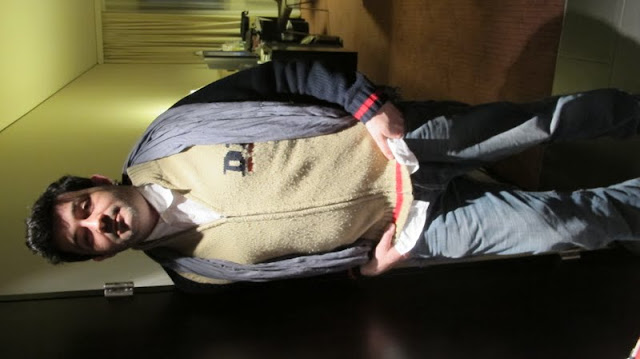 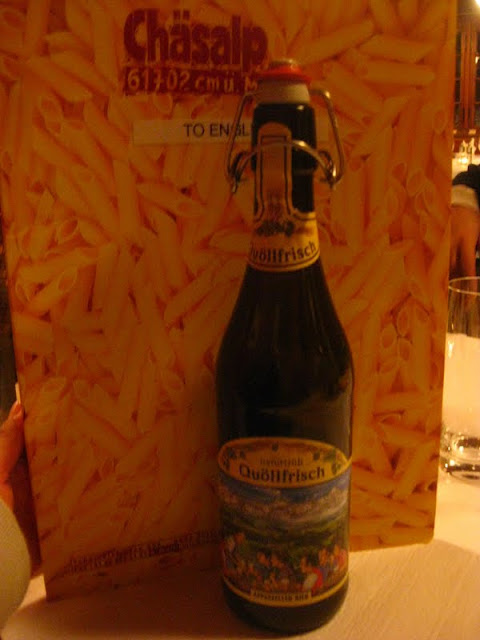 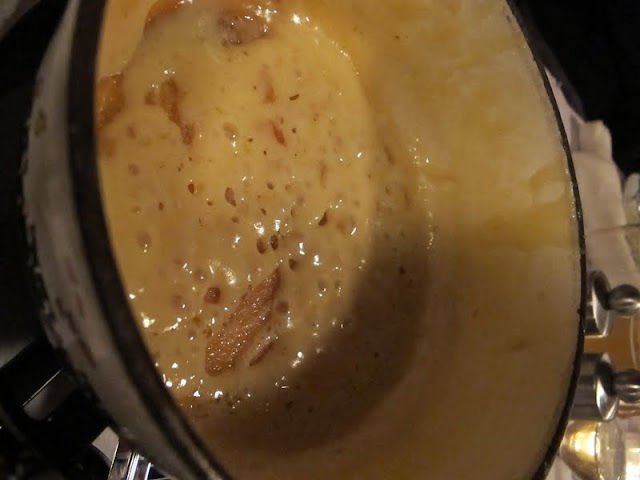 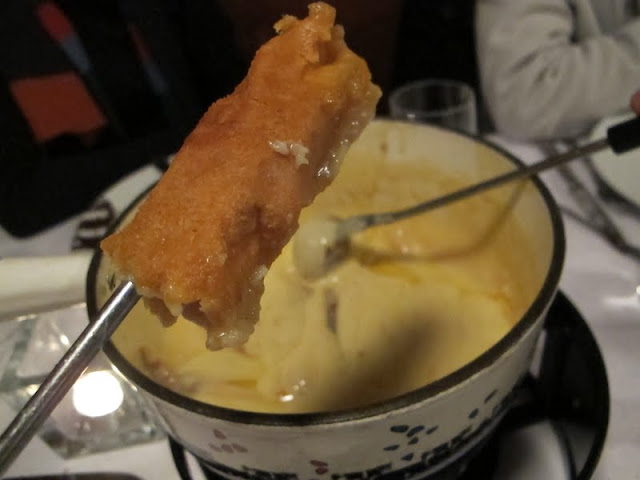 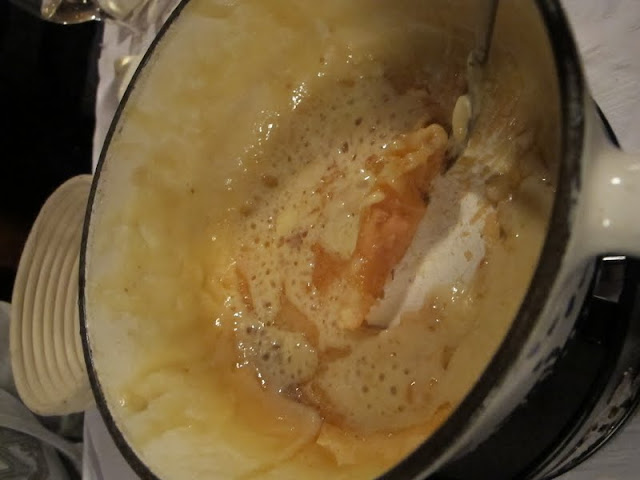 Unforgettable evening thank u Marcel .... Any way here a bite more of the story ...
The earliest known recipe for cheese fondue as we know it today comes from a 1699 book published in  Zurich  under the name "Käss mit Wein zu kochen" 'to cook cheese with wine'. It calls for grated or cut-up cheese to be melted with wine, and for bread to be dipped in it.
However, the name 'cheese fondue', until the late 19th century, referred to a preparation including eggs and cheese, as in la Chapelle's 1735 Fonduë de Fromage, aux Truffes Fraiches  In the Brillant Savarin recipe in 1834 .
The first known recipe for the modern cheese fondue under that name, with cheese and wine but no eggs, was published in 1875, and was already presented as a Swiss national dish .
Share |
Posted by raspberry at 07:59

Email ThisBlogThis!Share to TwitterShare to FacebookShare to Pinterest
Labels: Swiss