gelatin, what is it ?

About Gelatine  a bit of  info to add .....
Gelatine is a natural protein originate from the connective tissue and bones of slaughtered animals .
U can try also made yourself by boil slowly  bones, cartilage, ..... cook for hours ,made all  into a broth , reduce , remove, keep in cold place and  gelatine will be formed after cooling.

Gelatine has a number of typical characteristics. The gels, has a high water binding capacity, it can stabilize a foam structure, but also, for example film forming. Thanks to this wide application, we use gelatine in many places. Without gelatine, the current picture and movie industries would never been possible,,, and also it find place in the pharmacy and in many technical applications.


The kitchen uses of gelatine are as old as the world, at least from the time humans learned to control fire. We know that the Egyptians, Greeks and Romans had recipes for fruit jelly and trout. Although they did not know their  jelly of gelatine was.
In 1682  there is a described version , based on gelatinous substance obtain from bone with a cooking process of  pressure cooing by the same inventor of the steam engine,  Denis Papin,..
By 1700 the name "gelatine" has often used the name derives from the Latin word meaning” gelatus “ some solid or solidified. In England the record , show  the first  recipe written  by 1754.
Gelatine has been produce from industrial revolution to minor scale with a increasing of that  by the  1850 with  photographic applications. The real technological developments started around 1950, from that time, dramatic advances have been made, hence gelatine not only belongs in the kitchen but also in industry and pharmacy. Although the kitchen still remains the main scope.

Gelatine is derived from cattle bones (31%), pork (42%) and bovine hides (27%). To the collagen from this  are release with  two methods: one is  an  alkaline process  for cattle bones and skins, another is  acid process . The raw materials undergo an acid or alkaline degreasing after preparation ,in which, a cleansing takes place. This may take 90 days ,then the gelatine extracted using water , is filtered, concentrated and sterilized, then cook  for 4 seconds at 140 ° C. ................Finally, when  the gelatine solidify and dry out, the famous gelatine sheets are obtain Production
In the world annually we have a production of  236,000 tonnes. Almost half of these are intended for sale in Europe.


In the kitchenThe main feature of this gelatine is an elastic thermo-reversible gel forms, that give in the mouth  a cooling effect . In confectionery, there is a massively usage of   gelatine; In wine gums, caramel candy and licorice  this gives it elasticity and firmness, with fluffy marshmallows and candies such as scones, it provides an angle formation and stability. From  milk  and gelatine we can  get  in ice cream, fruit yoghurt, mousses, cheesecakes and mousse, with meat ;aspic, terrines, cold meats, pies and preserves. Today, with low fat products in fashion, here plays a big role of the  gelatine: Its presence can reduce the fat content in products. Nutrition Features
Gelatine consists of 90% pure protein (proteins)with  1 to 2% mineral salts in it, and  the rest is water.
We know that proteins are essential in our diet, and our body needs it every day.
Proteins are substances formed from amino acid and this are very long and complicated molecules. There are many types of amino acids in various combinations to make hundreds of thousands of different proteins even the poison of a snake or mushroom consists of proteins, but also a piece of meat or a head of lettuce ....... so although protein are essential for our body, it is therefore important that we are the 'good' one  and not the bad. Gelatin is de'good 'and  very healthy.
.Working with gelatinn leave for 5 minutes in cold water , then squeeze out the lights. Mix the soaked gelatine in hot (but never boiling!) Liquid and leave in the fridge.
In cold preparations, first  mix gelatine with a little warm liquid, and only then mixed with the cold liquid. 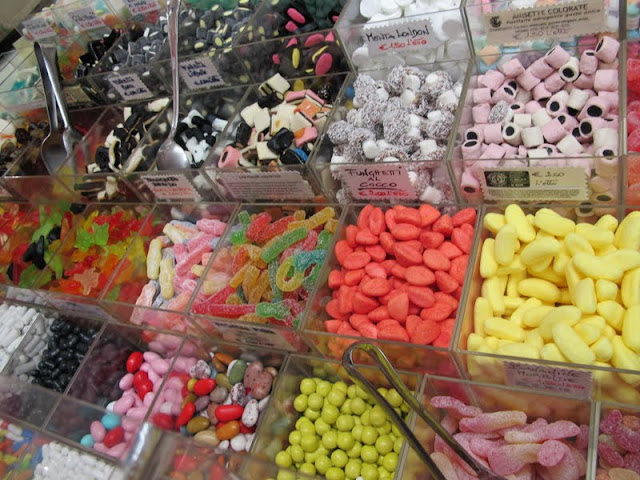 Email ThisBlogThis!Share to TwitterShare to FacebookShare to Pinterest
Labels: Traning and Info