Well i Wonder why i post this but i found  interesting topic ... act ....i have few for u guys ... maybe u can see the food prep in different way

Do you know your brain food ?


Has anyone ever told you that fish is "brain food?" What does this really mean?

It appears there may be some association between the foods we eat and the power of our brain. Just like the rest of our bodies, the brain reacts negatively to a constant intake of high-fat and junk foods and prefers to be nourished by a well-balanced diet.

Studies have documented the benefits of omega-3 fatty acids, commonly found in fatty fish, in lessening the damage wrought by dementia. One study showed that eating at least one fish meal per week may significantly lower the risk of developing Alzheimer's disease. 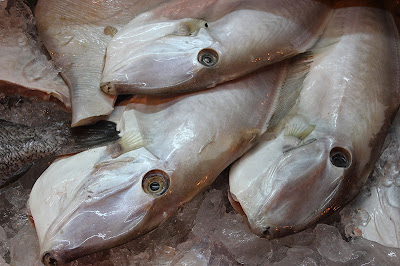 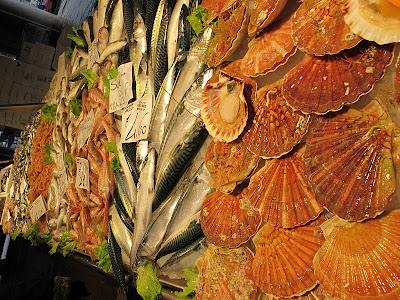 Fish is not the only food that has been linked to improved brain power. There are also benefits to eating a balanced diet rich in fruits and vegetables, whole grains, and fiber. Other touted brain foods are the brightest colored fruits and vegetables, such as blueberries, strawberries, prunes, raspberries and blackberries, because antioxidants found in them have been linked to improved memory. In addition, foods containing B vitamins or magnesium are crucial to ensuring normal brain and nerve function. Both of these nutrients are often found in whole grains and in enriched and whole grain products such as bread, rice, pasta and fortified cereals.

Finally, remember that just like the rest of your body, your brain needs energy, which it prefers to get from glucose. This may be one reason why some people who follow a low-carbohydrate diet report feeling sluggish. Just like every other aspect of nutrition, balance and moderation are the keys. Consider using the MyPyramid guidelines to help you eat your way to a healthier brain! 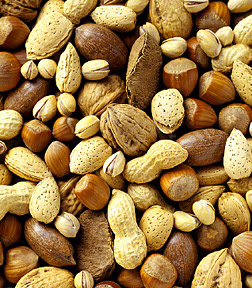 Food for the Brain

The foods you eat have a direct effect on your brain. Some foods improve your ability to concentrate. Others aid memory and facilitate the ability to solve problems. Still other generate hormones that stabilize mood and enhance concentration.

These Are the Best Brain Nutrients and the Foods That Contain Them . . .

CHOLINE: Choline is related to the B vitamins. It is converted in the brain into acetylcholine, a neurotransmitter linked to memory and cognitive function. You should make every effort to get adequate choline as you get older because the level of the enzyme needed to produce it, N– acetyltransferase, declines as we age. People with Alzheimer’s disease have been found to have significantly reduced levels of acetylcholine. Adequate dietary amounts are essential for normal brain function and may play a role in preserving brain function in people with Alzheimer’s and other neurological diseases. Dietary Recommendations: One or more servings daily of high-choline foods – egg yolks, dairy, soy, beef, liver, wheat germ, oatmeal, brown rice, peanuts and rice. 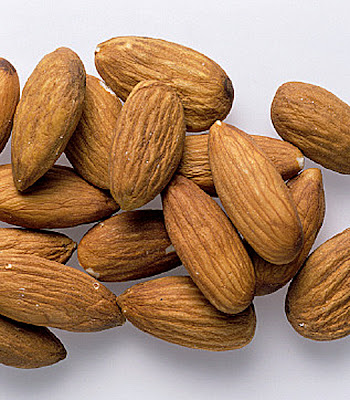 VITAMIN B12: Vitamin B12 is used to produce a component of nerve cells. Deficiency can cause impaired transmission of nerve signals as well as declines in memory and other cognitive functions. B12 inhibits activity of monoamine oxidase (MAO), an enzyme that breaks down brain chemicals. Alzheimer’s patients given supplemental B12 have improved memory and communications skills. Dietary Recommendations: Two to three servings weekly of B12-rich liver, red meat, eggs or dairy. Everyone should take a daily multivitamin and mineral supplement for insurance. People who follow a strict vegan diet (no animal foods) should also supplement B12 daily. 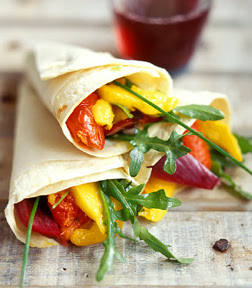 AMINO ACIDS: The brain is almost completely regulated by amino acids, the building blocks of protein. Supplemental amounts may offer additional protection: Tyrosine (involved in alertness), Phenylalanine (linked to memory) and Methionine (involved in motivation and focus). Dietary Recommendations: 45 grams (g) to 75 g of dietary protein daily – about three servings. Protein from animal foods, such as beef, chicken, fish and dairy, are complete and contain all of the necessary amino acids. Vegetable proteins (with the exception of soy) do not typically contain all of the essential amino acids. Vegetarians should eat a variety of high-protein foods daily, such as combining nuts with legumes, to achieve the proper levels.

FOLIC ACID: The B vitamin, folic acid, appears to affect brain function. One study found that older adults with dementia or other mental disorders were three times more likely than normal adults to have low levels of folic acid. Deficiencies of folic acid have been linked with declines in memory and abstract thinking ability. Dietary Recommendations: Along with a multivitamin, eat two servings daily of foods high in folic acid – asparagus, leafy green vegetables, lentils, wheat, fortified cereals, meat and broccoli. As little as 200 mcg. of folic acid has been shown to improve mood and relieve depression and fatigue in healthy older people.

VITAMIN C: The brain and adrenal glands are the body’s main repositories of vitamin C. Because the adrenal glands produce stress-related hormones, it is suspected that vitamin C may play a role in modulating physical and emotional stress. Stress elevates levels of the hormone cortisol, which can eventually damage cells in the hippocampus, the part of the brain involved in memory. Vitamin C is a powerful antioxidant that can minimize physical stress to brain tissue caused by such factors as smoking, alcohol consumption and air pollution. Vitamin C also assists in the production of neurotransmitters and in the processing of glucose, the brain’s primary fuel. One study found that people with low blood levels of vitamin C scored lower on memory tests than those with normal levels. Dietary Recommendation: Two daily servings of vitamin C- rich foods – which include citrus fruits and juices, tomatoes, strawberries and potatoes.

COMPLEX CARBOHYDRATES: The brain depends almost entirely on glucose – derived from the breakdown of carbohydrates – for energy. Glucose provides the energy that the brain needs for concentration and other cognitive functions, and it has been shown to enhance memory and improve performance on standardized tests. Recommended: Avoid sugar, Get glucose from complex carbohydrates, such as whole grain, legumes, fruits and vegetables. About half of your daily caloric intake should come from these foods. Caution: A diet high in simple sugars (from pastries, soft drinks, candy, etc.) triggers hormonal changes that cause drops in blood glucose – this increases fatigue and impairs memory and concentration. Stroke patients with excessive blood sugar suffer more nerve and brain damage than those with lower levels.